Monday Badass, and Why is that Vagrant Sleeping in Your Driveway? 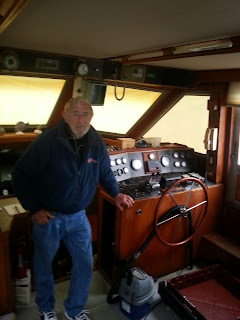 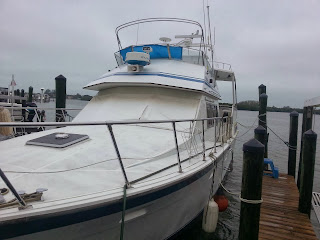 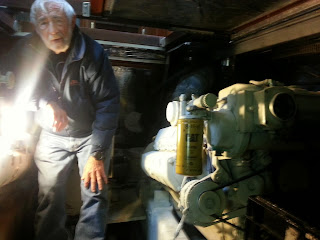 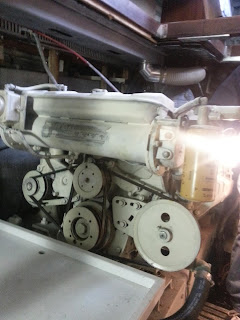 Parking in the driveway of long time friends Chuck and Donna. Chuck is a salty, badass old sea captain, who has made his living, usually on the sea, captaining commercial fishing boats in the Great Northwest and as a Reserve Police SCUBA diver, recovering bodies. Donna is his child bride, whom I figure, he must have won in a card game in some distant port. Chuck's first bike was a '41 Knuck with a bad carb, bought for fifty bucks. He still rides an old Honda, even well into his eighties.

The weather has been a little warmer here in Southwest Florida, but raining pretty much non-stop. Just hanging out on the covered porch eating, drinking beer and lying to each other. We did go out to see Chuck's boat, which he's been working on, docked about five minutes from his place. I know nothing about boats but it's pretty cool. A 44 ft. motor yacht, built in the 1980's. The interior is all teak wood with brass and glass barometers and shit on the main living area and galley. The best part is down in the engine room, bilge pumps and motor oil, where are crammed two 300 gallon fuel tanks, hydraulic pumps and twin 325 HP turbo-diesels. When he fires those bad mother@#kers up, King Neptune trembles and mermaids quiver in delight.
Posted by Hermit at 4:00 AM

Email ThisBlogThis!Share to TwitterShare to FacebookShare to Pinterest
Labels: the road, Vagrancy