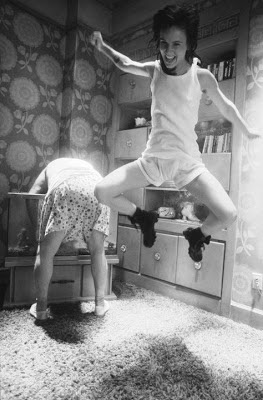 Janet was determined not to follow the path her Mother had taken. Born out of wedlock, Janet was witness to Mother’s endless parade of lovers who grew progressively more sleazy and less wealthy in direct proportion to her advancing age and diminishing beauty. Janet’s own romantic life was a confusing jumble of hurried, backseat sex and promised phone calls that never came. The men who substituted for lovers in Janet’s life smelled of stale cigarettes and false bravado, rap music and chrome rims, court dates and ankle bracelets. The faint whiff of body odor breaching cheap deodorant.
Harvey was a frequent customer at the Quik-Stop where Janet worked. He was middle-aged and overweight and his pockmarked face was testament to some past battle with acne. He was shy and clumsy, but drove a new Audi which indicated steady employment and relative financial success. Janet secretly fantasized about the things she could buy with Harvey’s money and when he began his awkward flirtation Janet flirted back. After just a couple of dates he asked for her hand in marriage and young Janet pounced like a she-lion on a wounded zebra.
Janet’s newfound prosperity was nice, but as those who marry for money soon find out, it comes with a heavy price. The long weeks spent pretending. The tedious visits with his mother. The tacky wallpaper. The suppressed giggles from her friends. His propensity for cross-dressing. But, by far the worst, was Harvey’s foul breath blowing heavily into her face as he pressed his flabby bulk against her small, young frame during coitus. It was more excruciating than any poverty and sent her into soul-crushing despair.
When she finally informed Harvey that she was leaving it was as if the gates of a hellish prison had been flung wide open.
The crushing news, coupled with Janet’s unchecked exuberance, caused Harvey to promptly drown himself in the closest body of water, much to the horror of the miniature deep sea diver, the bubble-blowing clam and the assembled tropical fish.
Posted by Hermit at 4:00 AM