The Rags to Riches Adventures of Shaniqua of the Kalahari 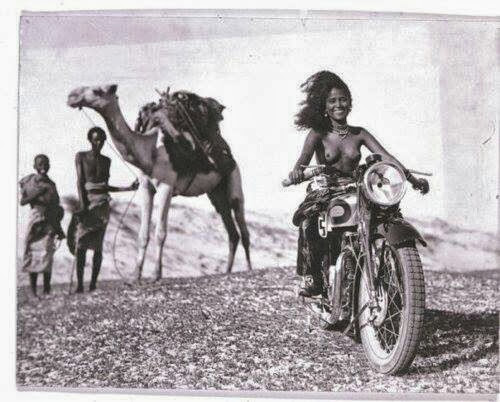 Shaniqua grew up in a tiny village on the edge of the vast Kalahari desert. Life was primitive, yet simple. She spent her days gathering roots and pounding them into a starchy pulp which was then baked and served as a nutritious bread-like cake. Beetles and goat milk supplemented the diet of her simple nomadic family who faced little adversity beyond the harsh climate and an occasional squabble with neighboring tribesmen.

Shaniqua was unsatisfied however. She had heard whispers of a place far away where gleaming structures of steel and glass housed people who were whisked around in air-conditioned cars. The inhabitants of this mystical place spent their days counting their vast wealth and sucking the pimentos out of manzanilla olives.

Longing to acquire a ticket out of the African plains, Shaniqua soon found herself involved in the only profitable endeavor available on the Kalahari. To satisfy the hunger of millions of impotent Chinese men she was soon immersed in the lucrative trade of illegal rhinoceros horn. She was a midnight poacher who could down a rhino with poison darts fashioned from the bones of dehydrated hyenas, hack off the valuable horn while the unfortunate beast was in its death throes, and still make it back to the village in time for morning coffee.

With the proceeds from her nefarious activities Shaniqua was soon able to secure the means of her deliverance from a traveling Bedouin spice trader in the form of a fine Royal Enfield scrambler.

So, as father and little brother are left holding the family camel and wishing her a tearful adieu, Shaniqua motors off to a world where people spend their days in meaningless repetition. Walking in hard concrete circles with their heads bowed down to tiny lighted screens and totalitarian governments, gathering dog shit in Ziploc bags. A brand new life of strip malls, deadlines, reality TV, traffic jams, fast food and corn gluten.

Hope she finds something to cover her ample bosoms before she gets to Nairobi, the nights can be long and cold.
Posted by Hermit at 4:00 AM