Can't a Brother get a Break? 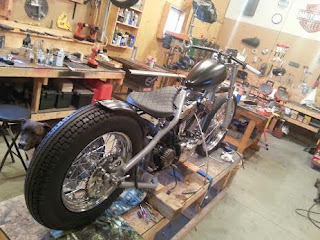 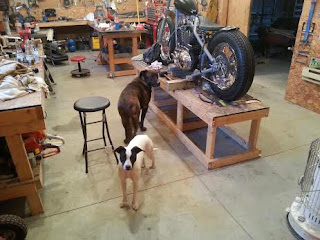 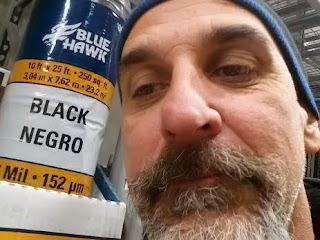 Painted the frame "Dark Machine Gray" 'cause I liked the name, fully aware that a black frame would have been the safe bet, 'cause black is beautiful. Mudflap and Sputnik have no complaints, but I think it looks like shit with a black tank. However, with the motor mounted and lock-tighted it ain't coming back out of the frame 'til at least next winter. I'll try painting the tins the same color, and hope for the best. Coming so close to completion and riding season is coming soon........I think.
Posted by Hermit at 4:00 AM 10 comments:

Everyone needs a little happy, gratuitous rump to get through the week. 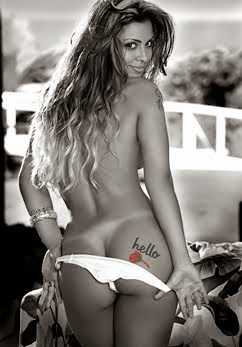 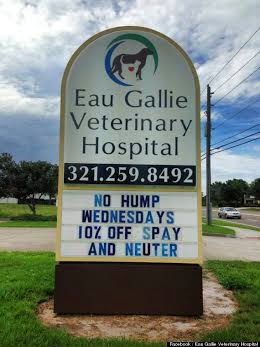 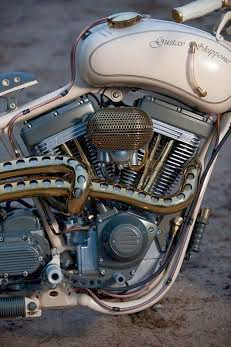 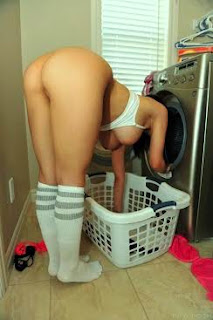 Nice stainless steel front-loader.
.
Despite the poorly placed window and scattered clothing, she gets the seal.

Tender Moments in a Plastic Pool 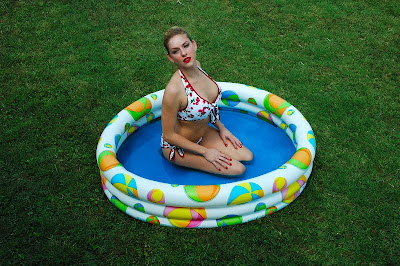 From a now semi-defunct site I infrequently frequented <---------click here


At a party, long ago, somewhere in an impoverished part of my imagination, just east of suburban Omaha Nebraska I dropped some powerful acid with an obese, but thoughtful, Native American woman who looked just like the woman pictured above, except much fatter and uglier. We shared several bottles of strawberry wine while waiting for the drugs to take effect. We parted company, but later I went outside to piss and found her squatted in the prone position in plastic kiddie pool with about two inches of stagnant rainwater sloshing lazily on the bottom wearing nothing but a pair of yellow, rubber boots and a look of deep confusion. Not wishing to alarm her, I went back into the house and found a bottle of Dawn dish soap and a longhandled scrub brush, the kind often used to wash busses and large trucks. I began scrubbing her shoulders while applying long green stripes of the dish soap, creating a fine lather which pooled in the dirty water about her knees and elbows. She would voluntarily raise her arms, first right then left, so I could scrub the stubble ‘neath her underarms, as she moaned with pleasure.
I asked her to flip over, which she did obediently, soapy water sloshing over the sides of the pool like the Orca exhibit at Sea World. She lay there, looking up at me with those dark, pleading eyes, black and deep as puddled motor oil. Out front on the darkening road cars sped past, distressed drivers returning home from their toil, unaware.
I continued to work her torso with gentle, scrubbing motions, her large brown breasts swaying, nipples glistening. I deftly scrubbed her round generous belly in gentle, circular motions, moving slowly down to her cavernous gash. She had a protruding set of vaginal lips, the color and consistency of calf liver, which pulsated regularly to the rhythm of her beating heart. At the slightest touch of the brush bristles, these protrusions would suddenly retract like a pair of frightened eels, emerging again, however tentatively, only after several minutes of persuasive coaxing.
At this point I went behind the bushes and vomited a purple stream of strawberry wine into some freshly placed mulch, held my hands to my head and wept. 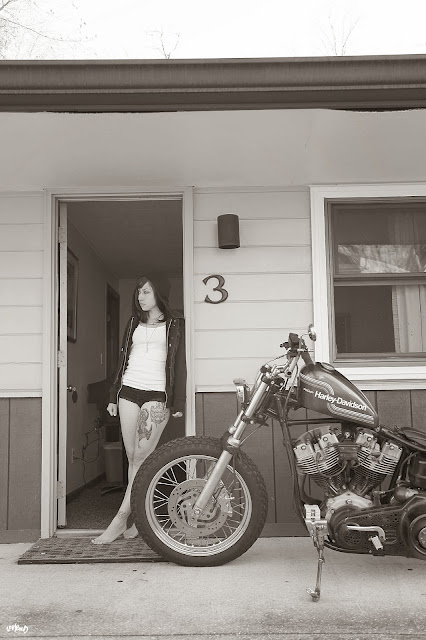 Shiloh's thoughts slip across the sky like a flight of migratory birds in a delivery truck. When spring beckons, with bird calls and the greening banks of babbling brooks, a young girl's fancy soon turns to corn starch and Nyquil 'neath the warmth of satin sheets in the darkened recesses of apartment number three. 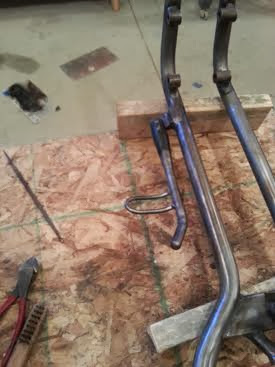 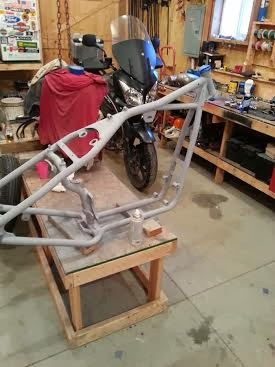 .
As I tarried down south, my neglected rigid project sat idle, the frame developing a coat of rust. So, with the engine hanging like a convicted horse thief, shrouded in mystery and greasy shop rags, I fabbed a small kickstand extension and wire-wheeled the frame back to bare metal. Then gave everything a coat of rattle-can primer to stop the bleeding. Not wishing to waste precious shop heat, I gave the 'Zuke a much needed oil change and sorted maintenance, hoping for some decent weather.
.
Soon... maybe????? 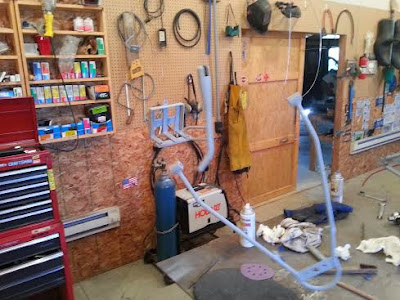 Email ThisBlogThis!Share to TwitterShare to FacebookShare to Pinterest
Labels: Shoptime 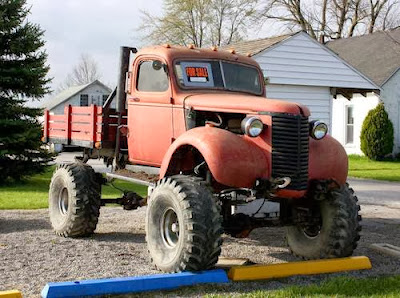 Don't know the asking price, but I'd give my left nut for this badass antique. It would be perfect for trips to the nail salon or pulling stumps.
Posted by Hermit at 4:00 AM 3 comments: The Cold was still waiting for me when I got back home. This has been one long, cold, badass winter. Nighttime temps still in the single digits, but hope springs eternal. Unlike the ineffective sun of January, the sun of midday March shines in earnest. Snowmelt trickling icy liquid through the downspouts, the music of early spring.
Glad to be back I suppose. The walls of my tiny camper began to close in on me as I bounced from park to park moving northward. It became increasingly difficult to find weekend campsites as the warm weather brought the Panhandle locals out of their brief hibernation. One morning, as I sat in a crappy, Mississippi asphalt lot, prepared to wait out a couple more weeks, it occurred to me that I may as well return to my beloved Jerkwater, and wait it out there. It was a relatively quick drive up I-65, running the southern Indiana I-65 gauntlet without incident this time in cool, but sunny weather.
So, here I am back to the daily grind, but fortunate to have screwed off for a few weeks.