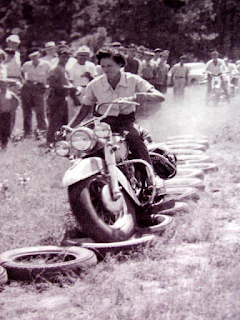 Betty was a troubled child and, at the age of six shredded her Raggedy Ann doll with the lawnmower. Shortly after her tenth birthday Betty began wearing boys clothing and carrying brass knuckles. She would roam the streets at night stealing car batteries and hubcaps and selling them to local service stations. By the time she was twelve she was drinking heavily and suspected of burning down the neighbor’s garage. Betty was suspended several times in Junior High for chewing tobacco and smoking cigarettes, and was finally expelled for exposing herself in the cafeteria.

When WW II broke out she joined the Women’s Army Corp. Her military career was cut short however, when she was involved in an incident at a popular off-post night club where witnesses say she savagely beat two male soldiers with a pool cue. She was discharged and drifted aimlessly for a time becoming addicted to fortified wine and nasal spray, finally finding work in the shipyards as a welder, constructing the decks of aircraft carriers. She worked tirelessly, always with a cigar clenched tightly in her teeth, and seldom took a break. She saved her money and purchased a motorcycle.

After The War she fell in with a local motorcycle club and followed the Motorcycle Rodeo Circuit. Betty always ran the events braless, with a straight razor in her pocket and a .38 revolver stuffed down the front of her panties. She was the picture of concentration as she hustled her heavy FL over the tire course as if it were nothing more than rumble strips, taking on all challengers and dominating the competition. She retired undefeated, but with a severe kidney disorder. 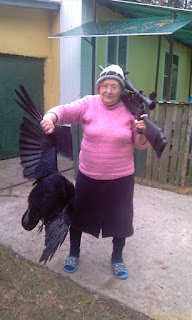 She is now in her late eighties, living with her Dominican gardener Humberto and a three-legged cocker spaniel named Paul. She spends her days on her front porch, huffing paint out of a Ziploc bag and shooting birds off the telephone wire in front of her rural Arkansas home with a high powered rifle.