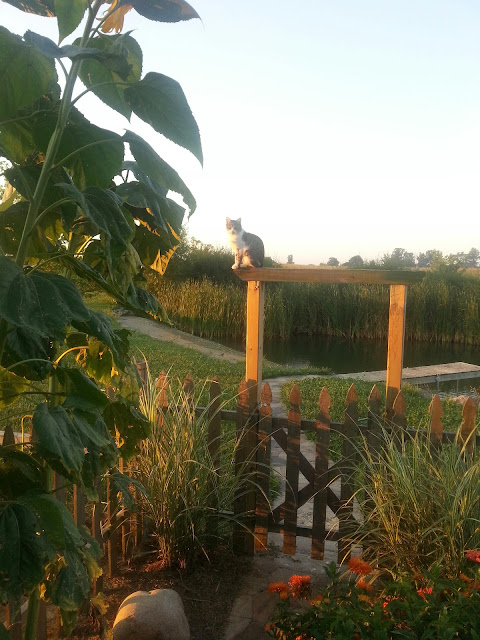 My feelings about cats is generally ambivalent. I neither love nor hate them. I don't believe they should live in a domestic setting within the home, an excrement laden sandbox has no appeal for me. However, I gotta' give it up to my boy Shopcat VIII. He is a true North Amërïkän Badass. He terrorizes Mudflap the Wonderdog and ambushes all who pass before him from 'neath the juniper bushes, assaulting ankles and fatted calves with abandon. He is a hunter of the highest order and has decimated the once-bloated field mouse population. I've personally witnessed him eat a still-wiggling grasshopper in less than four seconds. He consumes sun-dried frogs and earthworms, crunching them in his mighty jaws.
He walks around with the presence of a Lord and has a disproportionally large scrotal sac which contain the mysteries of feline reproduction and the origin of Ted Nugent's chronic pyrexia.
Posted by Hermit at 4:00 AM