Suburban Housewives of the Fifties 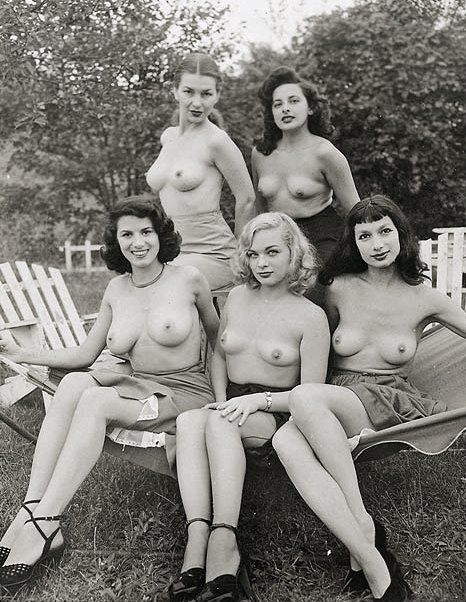 Post-war Amërïkä was a time of wide-eyed optimism, crew cuts and large powerful automobiles, designed not by computers, but by men with an eye towards Art Nouveau craftsmanship and quarter mile drag racing. Idyllic scenes like this were commonplace in the ever-expanding suburbs.

Naugahyde and cat litter were exciting new developments as were fabric softener and training wheels.
Vacuum cleaners were still hand actuated and washing machines were powered by large, coal-fired boilers located deep within the dark industrial underbelly, far below the hustle and bustle of city streets.

A man could still buy a cup of coffee and a large pickle for thirty cents. The coffee was imported from Columbia by handsome, well-groomed pack mules and was always freshly ground. And the pickles, O the pickles! They were plump and tasty, fished out of a giant wooden barrel with a pair of stainless steel tongs by the friendly, neighborhood grocer.

There were no dysfunctional families in suburbia because moms would routinely gather in well-groomed backyards for a topless coffee klatch where they would exchange recipes and furtive glances. When the coffee ran low and an awkward lull in conversation occurred, they'd tickle each other with dandelions and playfully shove freshly mowed grass clippings down each others panties.
Posted by Hermit at 4:00 AM